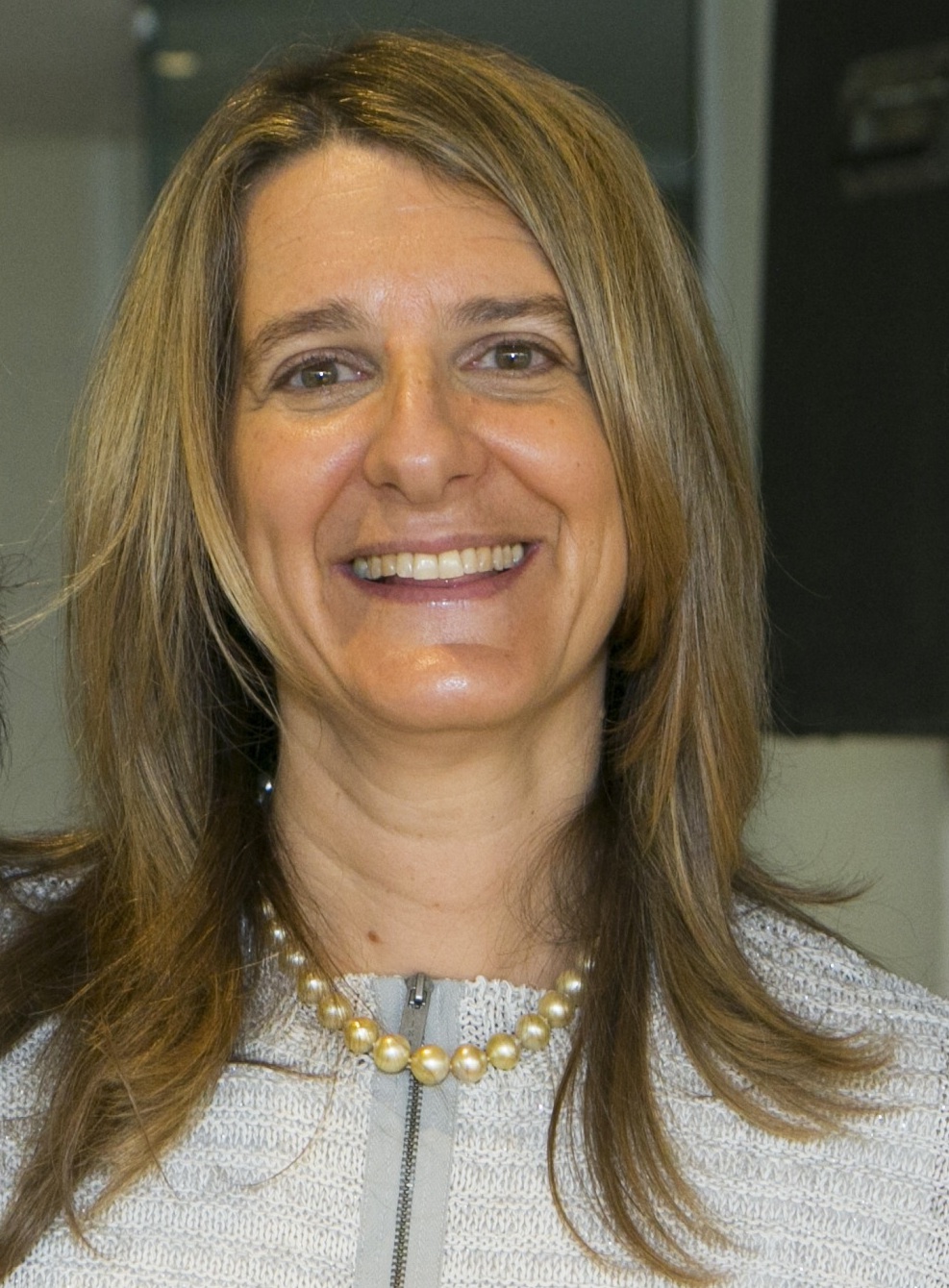 In My Mother's Footsteps

I recently experienced an amazing coincidence in Jerusalem. It is an honor for my latest piece to be published on the great philanthropy expert Danny Siegel's blog. With gratitude to his exceptional student and philanthropy consultant in his own right, Arnie Draiman


This post has been contributed by a third party. The opinions, facts and any media content here are presented solely by the author, and The Times of Israel assumes no responsibility for them. In case of abuse, report this post.

Danny SiegelDanny Siegel is a well-known author, lecturer, and poet who has spoken in more than 500 North American Jewish communities … [More]

This is a guest post, written by Shira Sebban of Sydney, Australia, who had arranged with my Talmid Muvhak(“Exceptional Student”) Arnie Draiman, to take her and her family to meet the Mitzvah heroes and see the magic that happens when we do.

It is no ordinary building. Not for its residents, nor for me. Yet, at first glance, the three story cream apartment block looks like any other in its central Jerusalem neighborhood – apart from its ramp and lift.
The Shalheveth Apartments complex has long been renowned for enabling adults with severe physical disabilities to live independently within the community. Unique in Israel, the project allows people in wheelchairs to reside privately in their own apartment, with a second bedroom available for a caregiver should they so choose. A large communal room and wheelchair-accessible garden provide opportunities to socialize, while a specially equipped van and driver are on hand to take residents to and from work, shopping or to appointments.
On a recent Tzedakah Adventure Tour led by philanthropy consultant Arnie Draiman, my family was privileged to meet with Shalheveth founder, Miriam Freier – one of Danny Siegel’s Mitzvah Heroes – and to tour the complex with director David Eliav, being introduced to several residents and visiting their homes. So popular have the apartments become – the waiting list is now very long – that additional funding is being sought for another facility.
Before its transformation, Miriam told us, the building at 36 Shimoni Street, in the “Rassco neighborhood” had been a dilapidated apartment block owned by the Jewish Agency, the only such building in the area.
Rassco – built by, and named after, the public Rural and Suburban Settlement Company – and the Jewish Agency rang a bell for me. Hadn’t my late mother stayed in the Jewish Agency-owned Anglo-Saxon Hostel in Rassco when she first arrived in Jerusalem in 1955??? 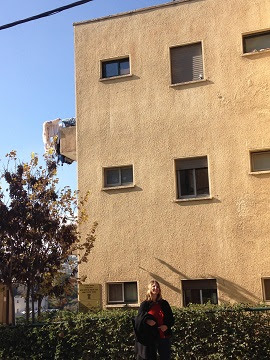 I only knew this because it is detailed in her diary, a non-descript navy-bound volume, which my sister and I had found stashed away in a drawer while sorting through our mother Naomi’s belongings after her death in 2013 following a long battle with Alzheimer’s disease. Indeed, so precious has the diary become that I have since embarked on a journey of discovery, exploring Israel of the 1950s in order to recreate stories from my mother’s vivid experiences recounted on its now yellowed pages filled with her distinctive script. While her handwriting may be familiar to me, the young passionate woman revealed by her words is a stranger with whom I am still becoming acquainted.
While in Israel to celebrate our youngest son Jonathan’s bar mitzvah, I had planned to visit several of the sites mentioned in my mother’s diary. I managed to tour the upmarket cultural, leisure and shopping center of Sarona in Tel Aviv, originally a German Templer agricultural colony, which by Naomi’s day, had become Hakirya, the central government and military compound where she would frequent the library. I also surveyed the bronze, haloed Madonna on the roof of Jerusalem’s Terra Sancta College and explored the renovated First Railway Station, now a cultural and entertainment center: my mother would usually travel by train between Tel Aviv and Jerusalem where she attended classes at the Hebrew University, then located in the ornate, neo-classical surrounds of the Franciscan-owned College in leafy, affluent Rehavia.
The Anglo-Saxon Hostel, however, was not on my list. I already knew from my research that it had provided tastefully furnished accommodation for professional immigrants, offering breathtaking views of the Jerusalem Hills, a communal dining room and maid service. I had even seen a photo of it from the 1950s when it was brand new, standing alone on a recently constructed and completely deserted street without a tree or blade of grass in sight. Surely the hostel was long gone, I had assumed, surveying the now crowded, built-up neighborhood. But that was before I discovered Shalheveth.
Trembling with excitement, I stood on the entrance steps leading down to the street up which my mother had once hauled her heavy suitcase alone, abandoned by the taxi driver, who had blatantly overcharged her for the then two-hour trip from my grandmother’s home in south Tel Aviv. I took photographs of the stairwell, down which she would have tiptoed, after a night spent illegally at the hostel on an uncomfortable mattress without sheets after she had officially moved out, only deciding to return briefly when her possessions had not arrived at her new student abode!

We spent the rest of that inspiring day, the eve of Jonathan’s bar mitzvah, meeting some of Arnie’s (and Danny’s) other Mitzvah heroes, including Judy Singer of Matnat Chaim, Israel’s foremost kidney donation organization, who had donated her own kidney to a complete stranger in 2013. Since 2009, around 280 such low-risk, live transplants have taken place in Israel, where hundreds of people remain on the waiting list, kept alive by dialysis, which severely impacts their quality of life. Every year some die while waiting their turn, hence the urgency of Matnat Chaim’s work in combating the severe kidney shortage by encouraging more voluntary donations. Judy’s altruistic attitude certainly left a lasting impression on us.
We also visited Alice Jonah, who has helped established a supportive and dignified community for elderly Russian immigrants residing at the Diplomat Hotel, the five-star resort-turned absorption center. Some of the residents, including a pianist and a former opera singer, put on a concert in our honor, and I will never forget the charming and joyful 89-year-old lady, so elegant in her full black skirt, bounding up to us in between song-and-dance numbers, beaming from ear to ear, to tell us in stilted Hebrew about her seven great-grandchildren.
We met Moran Shelly of Shachen Tov (Good Neighbor Association), founded and run by student volunteers, who distribute thousands of food baskets to needy families across Israel, as well as organizing clubs for youth at risk, tutoring centers, and mobile coffee shops for the isolated.

The day ended with a visit to a woodworking and art workshop at Shutaf, which provides informal education programs for young people with special needs. Started in 2007 by dynamic mothers Miriam Avraham and Beth Steinberg, who could not find an appropriate program for their own children and so decided to create their own, the organization offers inclusive after-school activities and holiday camps where young people with disabilities have the opportunity to socialize with their more able-bodied peers.

Over the past five years, Arnie Draiman has led our family on three Tzedakah Adventure Tours, each coinciding with the bar mitzvah of one of our sons. We have distributed toys to sick children at Shaarei Tzedek Hospital, visited the border patrol unit in the Old City of Jerusalem that supports soldiers’ families in need, met with Ruth Schlossman, who having narrowly escaped a terrorist attack herself, decided to establish Gift of Comfort, providing massage and alternate healing therapies to survivors of terror. We have talked to toyshop proprietor Aryeh, who on his own initiative helps individuals in need, and with Robbie Sassoon, director of the Crossroads Center, where more than a thousand at-risk, English-speaking teens come for help each year.
In so doing, we have strived to teach our sons what becoming a Bar Mitzvah is all about, enabling them to learn from the example of Israelis working to make the world a better place. To be able to combine this with my own journey of discovery involving my mother’s past, has been a true privilege.

Shira Sebban is a writer and editor based in Sydney, Australia, who also serves as vice-president of Emanuel School, a pluralistic and egalitarian Jewish Day School. You can read more of her work on her blog.
Posted by Unknown at 05:10